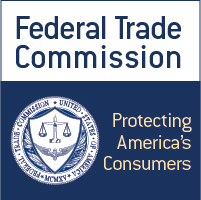 The FACT Act requires each of the three nationwide consumer-reporting agencies (Experian, Equifax and Trans Union) to provide consumers with a free copy of their credit report as often as once every twelve months. A consumer can request their credit reports in one of three ways – online, by phone or by mail.

To request a copy of your credit report, please contact the centralized processing center for the three credit bureaus at (877) 322-8228 or online at:

As a public service, the staff of the Federal Trade Commission (FTC) has prepared the following complete text of the Fair Credit Reporting Act (FCRA), 15 U.S.C. § 1681 et seq. Although staff generally followed the format of the U.S. Code as published by the Government Printing Office, the format of this text does differ in minor ways from the Code (and from West’s U.S. Code Annotated). For example, this version uses FCRA section numbers (Â§Â§ 601-625) in the headings. (The relevant U.S. Code citation is included with each section heading and each reference to the FCRA in the text.) Although the staff has made every effort to transcribe the statutory material accurately, this compendium is intended only as a convenience for the public and not a substitute for the text in the U. S. Code. This document was posted on July 30, 2004.

Additional Sources of Information Regarding the FACT Act

Several sources for FCRA information can be found here:
http://www.ftc.gov

The notices prescribed by the FTC for consumers, users and information furnishers can be found here:
http://www.ftc.gov/os/statutes/2-fedreg.htm